Wellington gets into the Mid-Autumn spirit

30 September 2020
It is now a longstanding tradition at Wellington to celebrate China's major traditional festivals. Through a series of hands-on activities, our pupils get to deepen their knowledge of Chinese history, culture and customs. It is also an opportunity for teachers and pupils to come together and have a bit of fun. 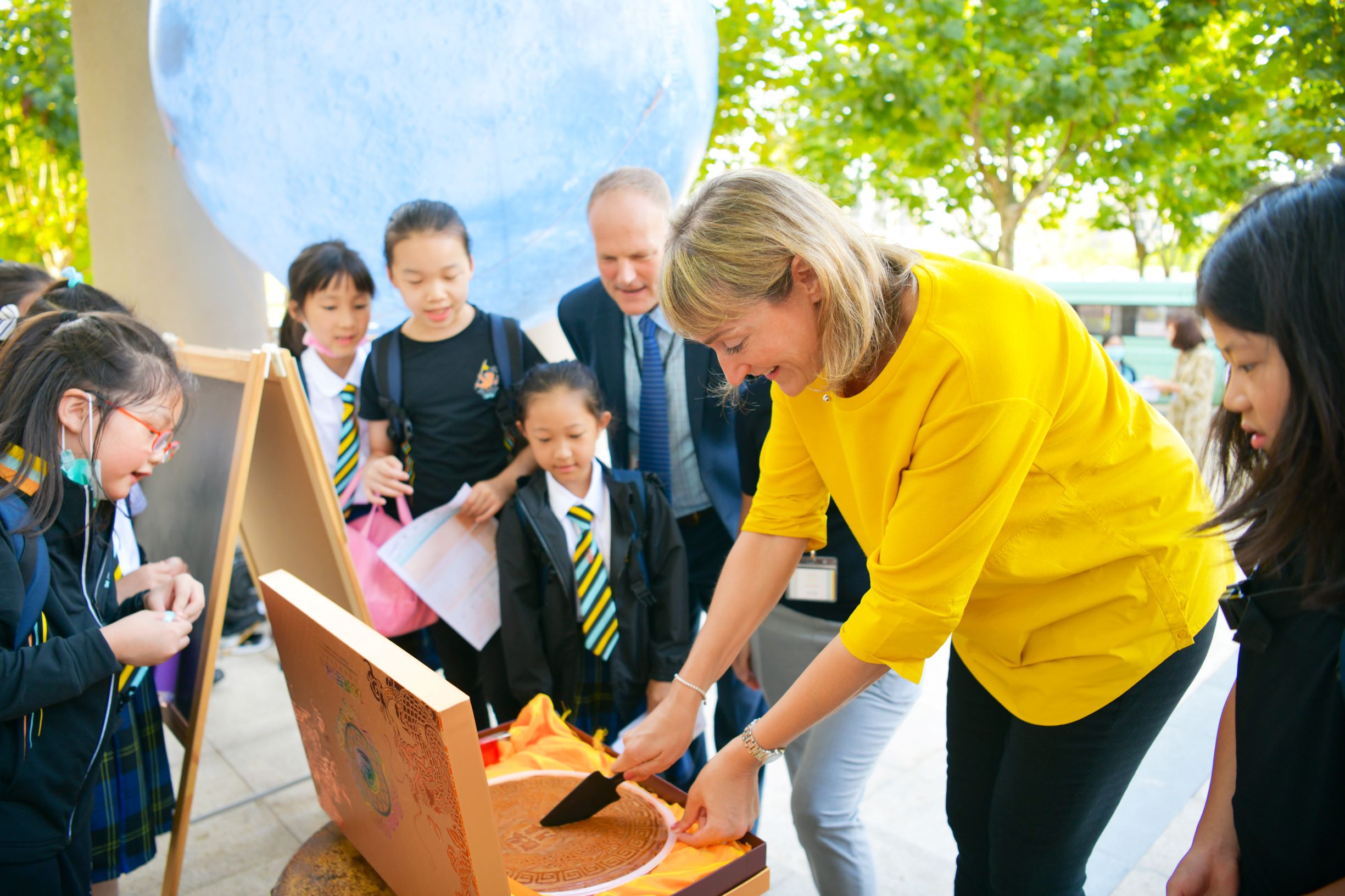 As the weather begins to cool and the leaves turn, Mid-Autumn Festival ushers in a colourful celebration steeped in an ancient Chinese legend. To this day, Chinese people carry on this tradition by gazing at the majestic beauty of the full moon. Families gather and enjoy a bounty of seasonal and symbolic treats. Fruits are abundant, especially round ones, because they symbolise reunion, and their seeds represent fertility. Delicious, intricately designed mooncakes are also a centerpiece of the festival and symbolise reunion as well.

Wellington also took part in this annual celebration. The reception area was splashed with festive colours and other symbols of the holiday. Prominent among the decorations was a large inflatable moon. Nearby was an equally large white jade rabbit, which, according to legend was the steadfast companion to the moon goddess Chang E. Also on display was a massive mooncake.

As always, a series of themed lessons and activities accompanied the festive décor. This is a stimulating way to mark the importance of the occasion while reinforcing the importance of inclusivity and cultural appreciation.

This year, our year 8 and year 9 pupils dressed up in traditional Chinese outfits and jade rabbit costumes. They welcomed our youngest pupils to school with a fun and enriching pop quiz activity. Each costumed pupil carried a box full of questions about Mid-Autumn Festival. The younger pupils got to choose a question from the box. If they answered the question correctly, they won a fun prize. 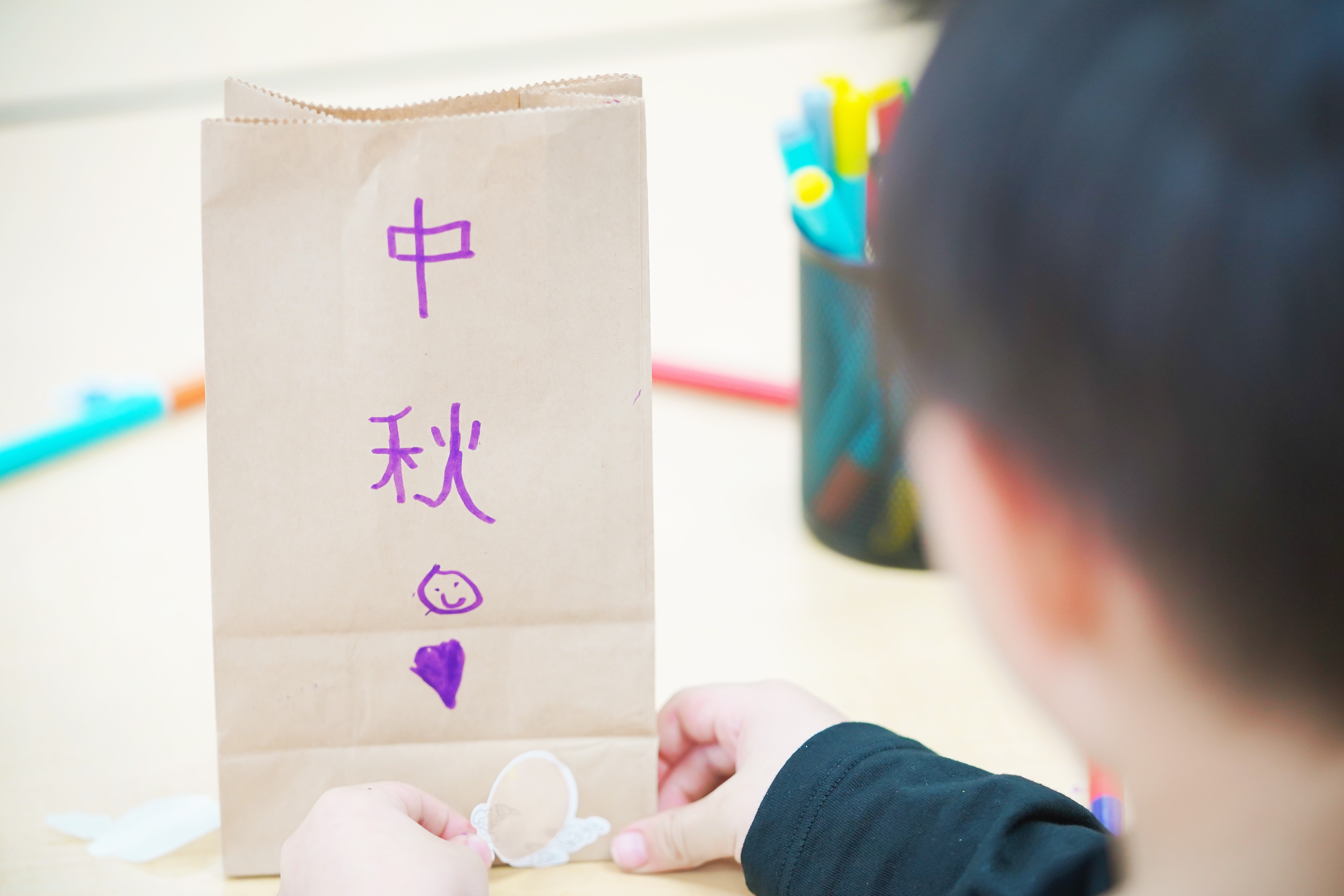 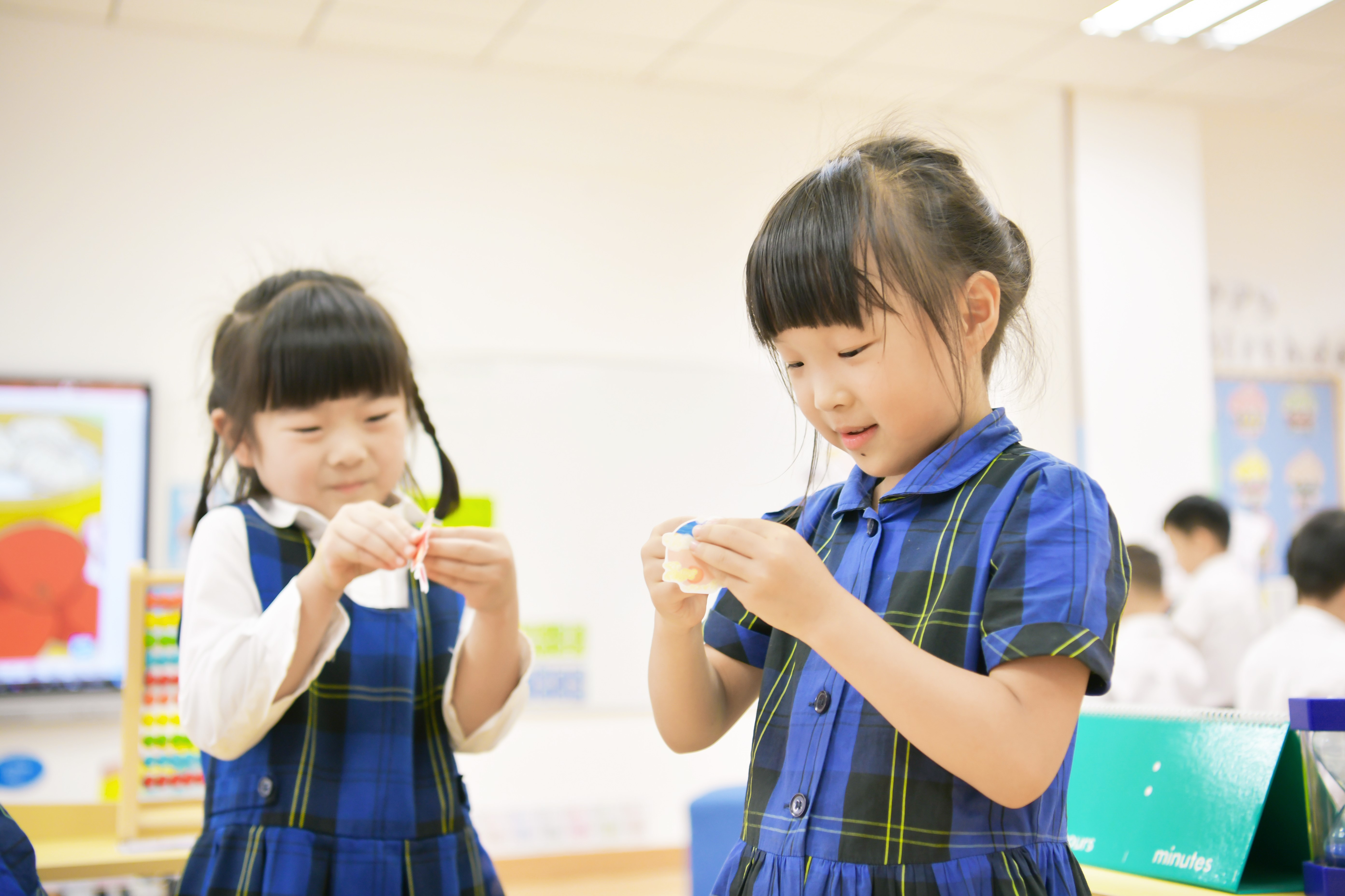 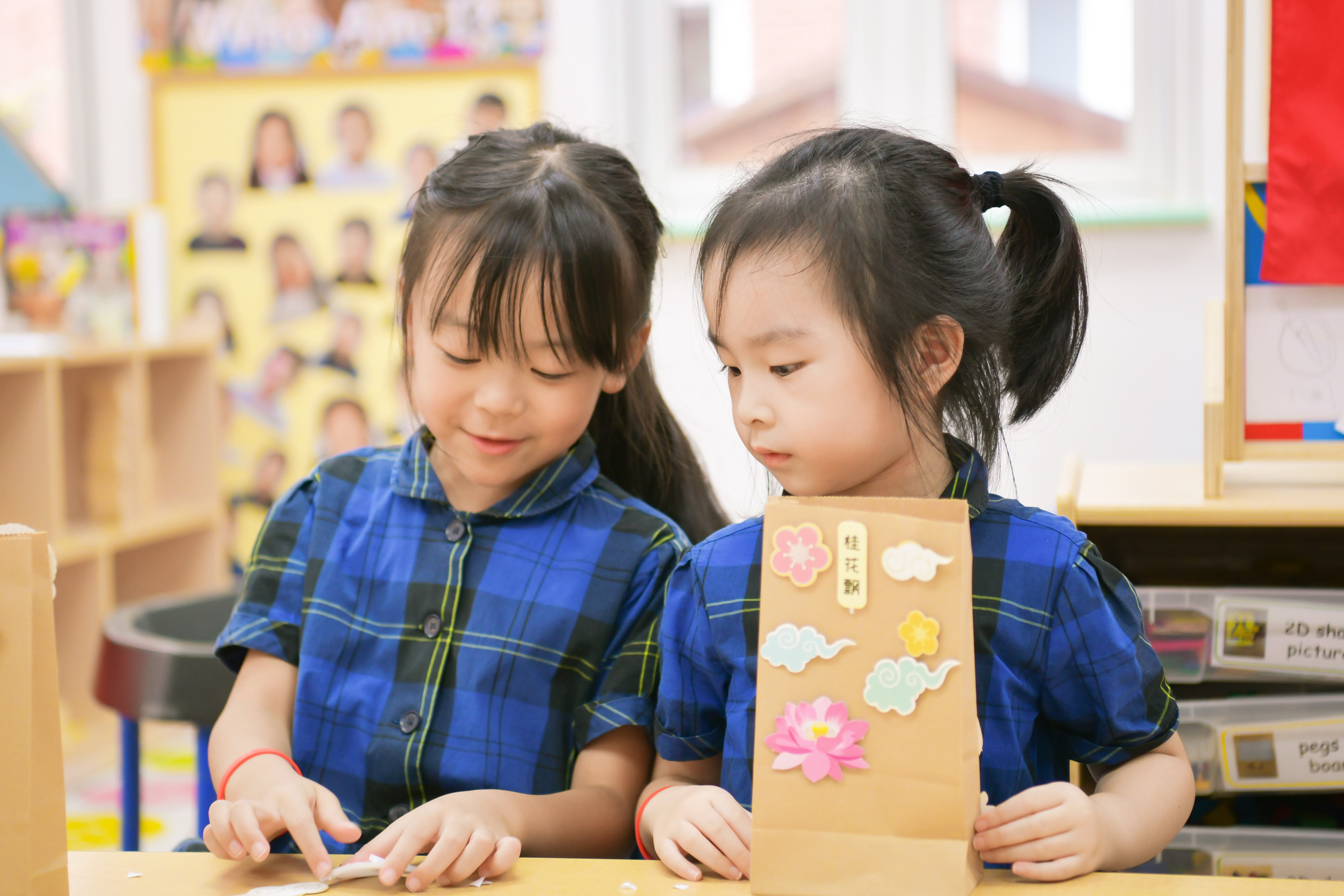 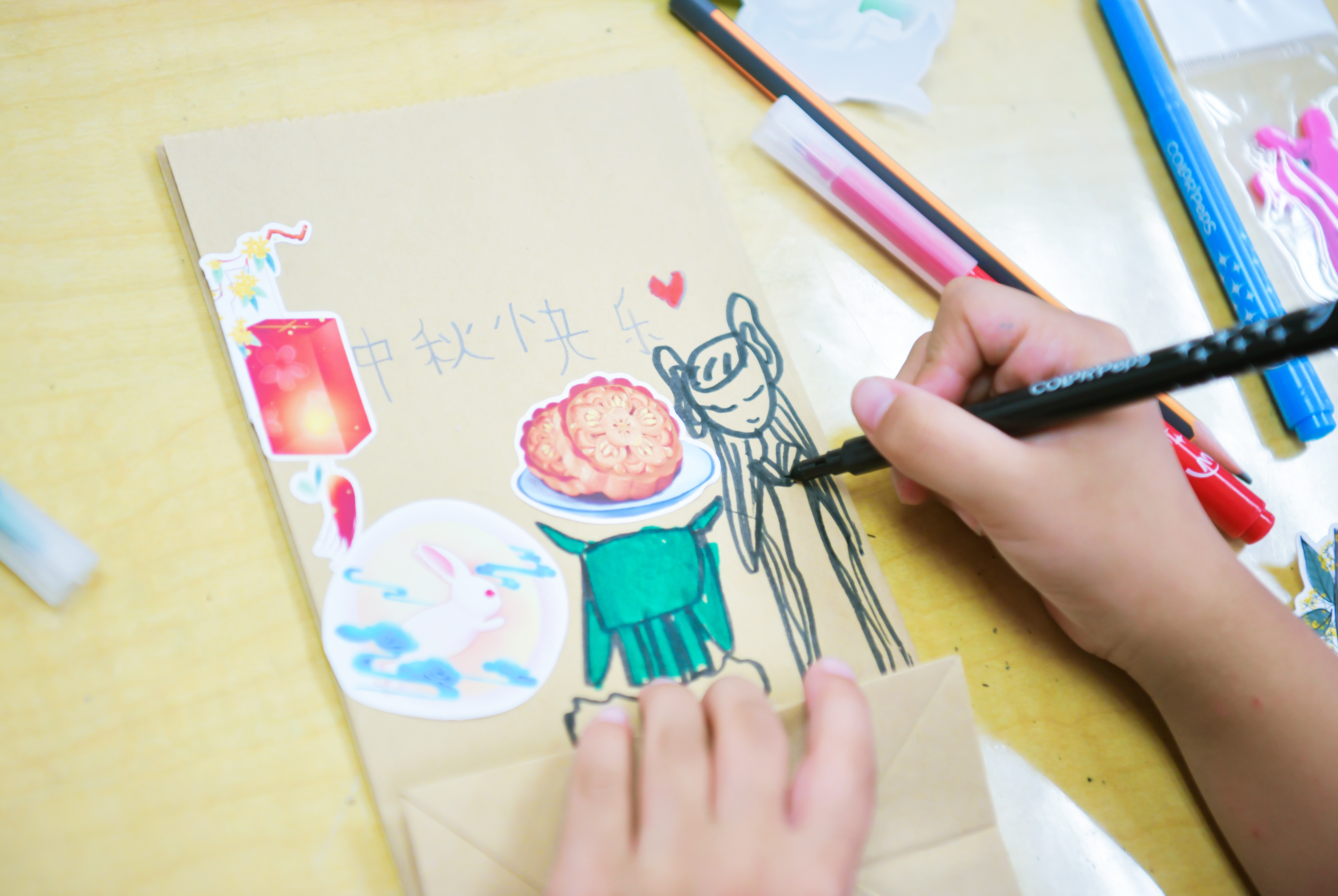 Our team of Chinese teachers continued the festivities in the classroom with a series of educational activities. Some year 1 pupils, for instance, got to learn about the waxing and waning of the moon with handheld moon phase dials. Gazing at the splendour of the moon is a time-honoured Mid-Autumn Festival tradition. With the moon obscured by the sun by day, these run educational tools are the next best thing. Other year 1 pupils had the chance to tap into their creativity to decorate paper bags with colourful Mid-Autumn Festival stickers. 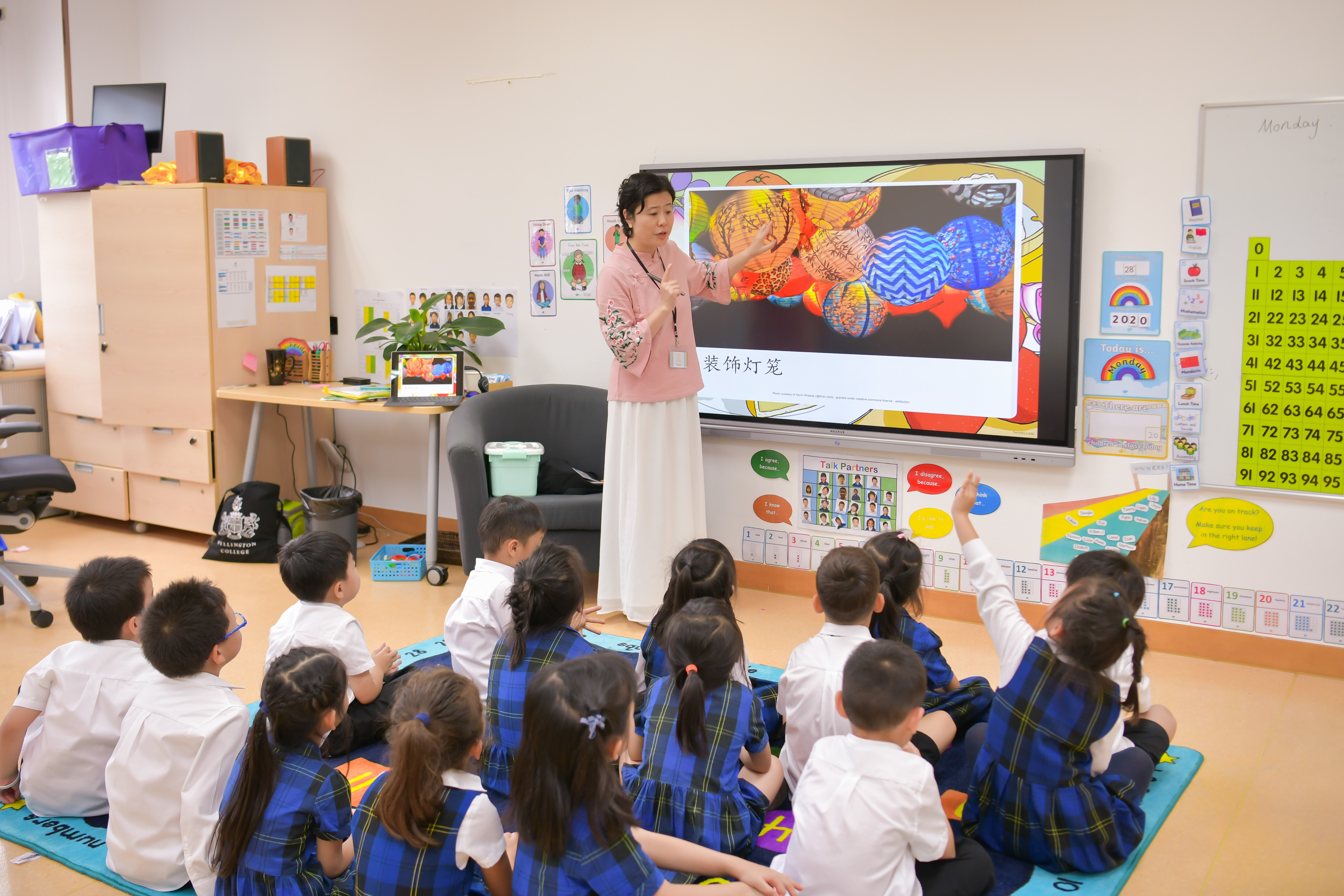 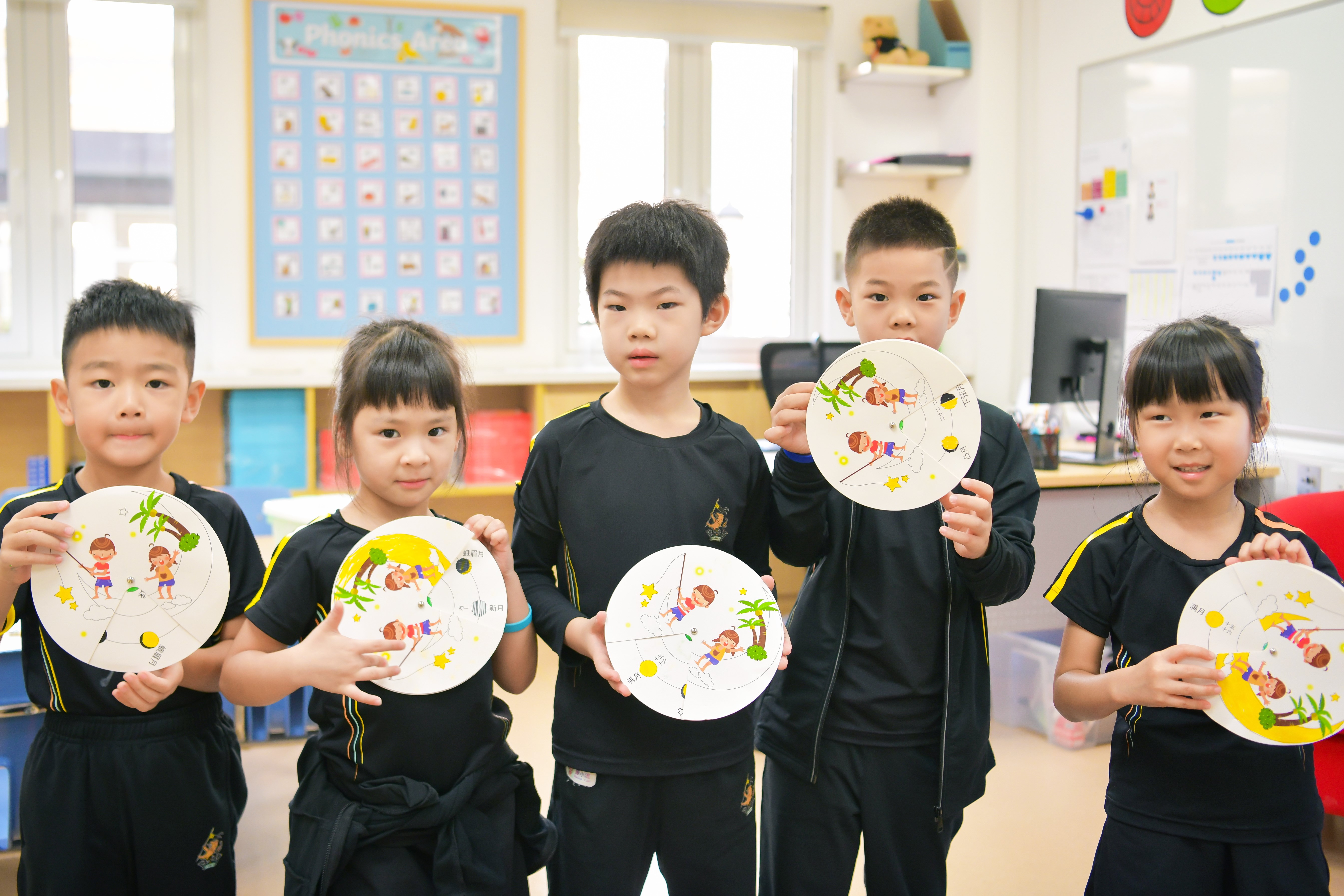 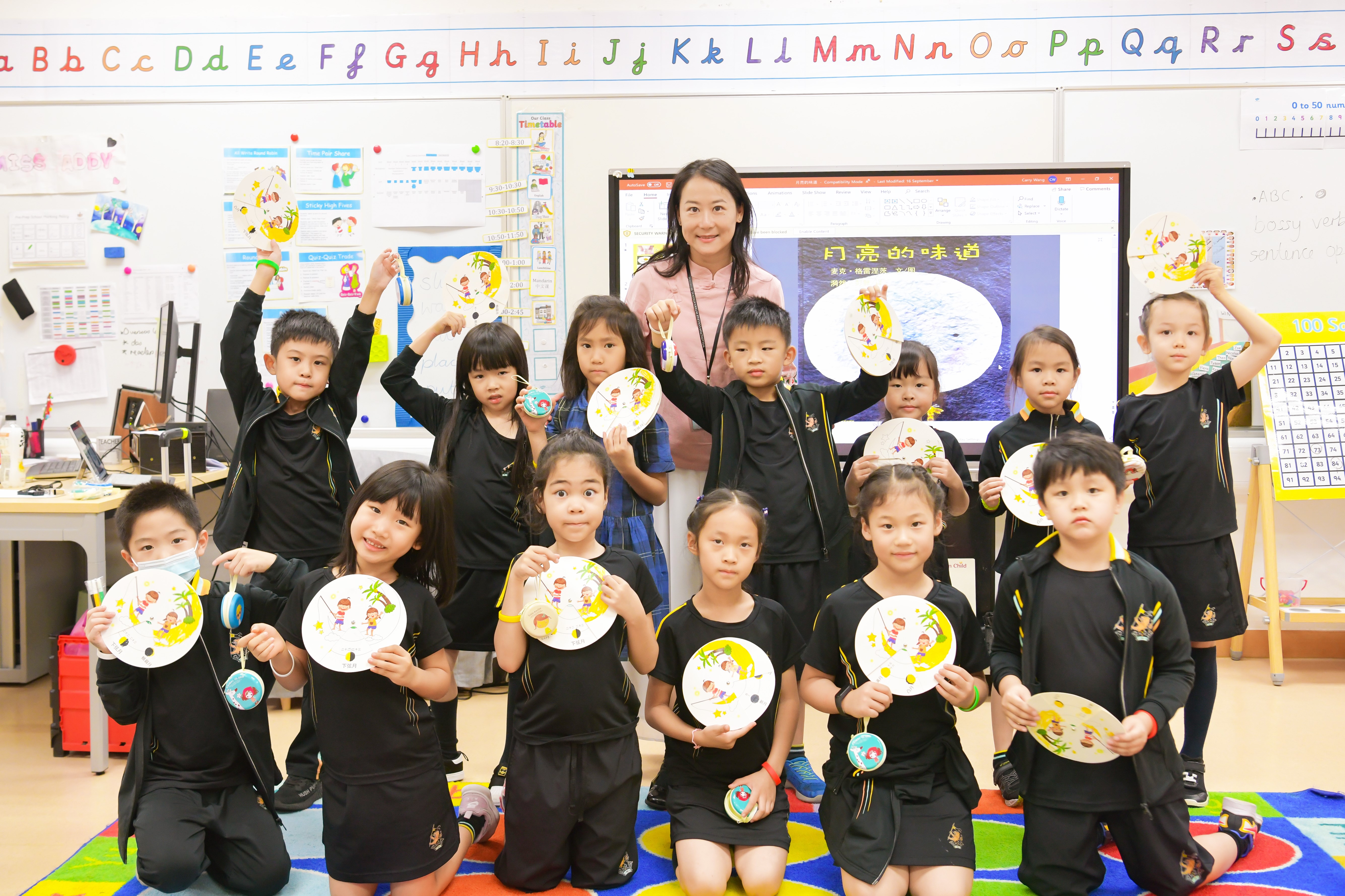 Meanwhile, some year 2 pupils got to learn how to fold their own paper jade rabbits. Others got to design their very own Mid-Autumn Festival lanterns. Then all year 1 and year 2 pupils developed their language skills by learning a traditional Mid-Autumn Festival children's song title "Grandpa Made Mooncakes for Me". The festivities finally concluded as the teachers and pupils shared a gigantic mooncake.