We are Wellington | From theatre to film, Jack class of 2020 Our ongoing We are Wellington series shares our community’s memories, thoughts and experiences of life at Wellington. Jack is one of our 2020 leavers and a musical theatre scholar. Currently in Atlanta, USA, Jack is considering the next stage of his education, mulling over his various college offers to study film. I came to Wellington in year 9 after changing schools. Performing arts has always meant a lot to me, and it was one of the main reasons I wanted to come to Wellington, due to its growing reputation as a leading school for drama and music. I remember my visiting day very clearly and I’ll never forget being blown away by the huge, professional standard theatre. While excellent facilities are always important, it was more the feeling I had about the people that convinced me this was the school to attend. I met a lot of different people that day and there was just a lightness and sincerity about them that put me at ease. While everyone is a little bit nervous when starting a new school, this really made a difference and I have never regretted my decision. 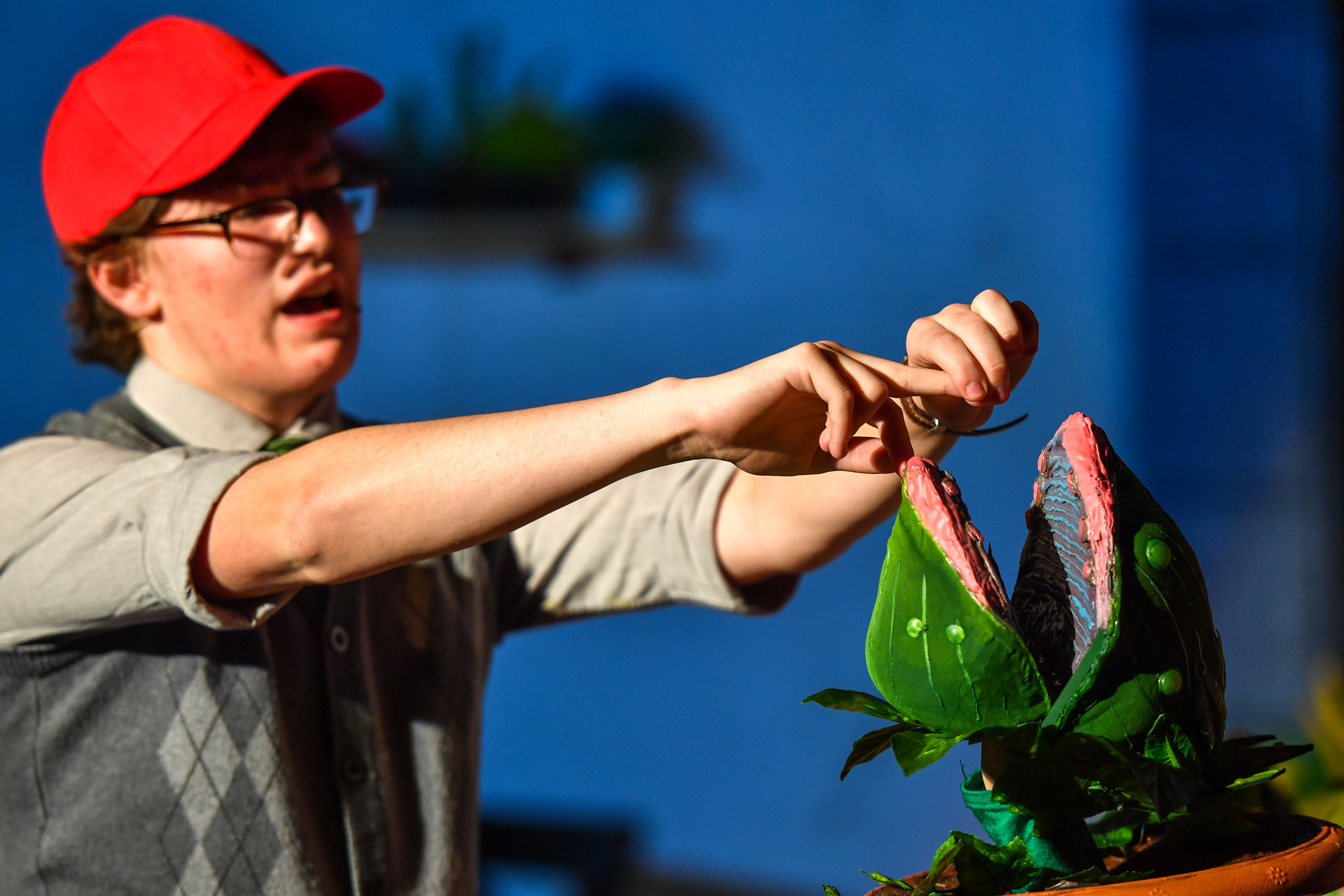 I have been a part of 4 musicals (although it is a terrible shame that everyone’s hard work on Joseph and the Technicolour Dreamcoat won’t be realised on stage this year) during my time at Wellington. I was part of Annie, The Sound of Music and The Little Shop of Horrors, and they were all just incredible experiences. Each was uniquely fun, and those of us involved had the pleasure and privilege of learning from the extremely professional Mr Larsen-Disney and Mr Mulliner among other great teachers. Every time I thought I’d seen the best we could manage, they drove us, and our performances, to new heights. It was a thrill to be part of it and to watch my incredibly talented peers shine. Another very important phase of my time at Wellington was being a musical theatre scholar. I loved being part of the centre stage programme, where we put on extra weekend sessions for dancing singing and acting, playing concerts and other smaller performances. Like the musicals, this made me feel part of an environment that was very professional, much more than you might expect a school to be. There are so many chances to explore what you are capable of and share that talent. I’ve always loved that. I have learned from teachers but also from my friends and peers. I was lucky in that I got to know many of the year 13s who came before me quite well, and there were some exceptionally talented people among them. I certainly looked up to them and tried to learn as much as I could from them. I like to think that I have been able to take on that role when they passed the torch and it has been a great privilege to work with some of Wellington’s younger pupils, who are also truly gifted performers. There are several of them who are two years younger than me yet they already are more talented than I am and I genuinely believe that they could be rising stars if that’s the path they want to follow. Ultimately, I think that’s Wellington’s greatest strength; it allows you to discover what you are capable of and how you want to go about achieving your potential.

​​​​​​​ There’s plenty of scope for hardship with the IB Diploma Programme. Everyone knows that it’s a lot of work and if you’re not focused then it can get on top of you rather quickly. Luckily though, I think that the support I got from my teachers and fellow pupils took a lot of burden off me, so I never really felt overwhelmed by the workload. What did surprise me, however, was my discovery of my love of film studies. This is a subject I really don’t think I would have taken if I hadn’t done the IB. I’ve always liked being creative but I never thought of myself as artistic beyond performing on the stage. By taking this course, I found that film is something that I now want to take forward as a career. So while I didn’t enjoy every subject equally, it goes to show that keeping an open mind really is the best way to let potentially life-changing realisations come to you. Even during moments of frustration or mounting workloads, there were so many cool moments of being pleasantly surprised during our learning. More generally though, I learned from the IB that every opportunity is what you make of it. If you put in the bare minimum of effort then that’s exactly what you’ll get out of it. If you fully engage with it, you’re in the best place to take advantage of what’s on offer.

After Wellington – College and beyond 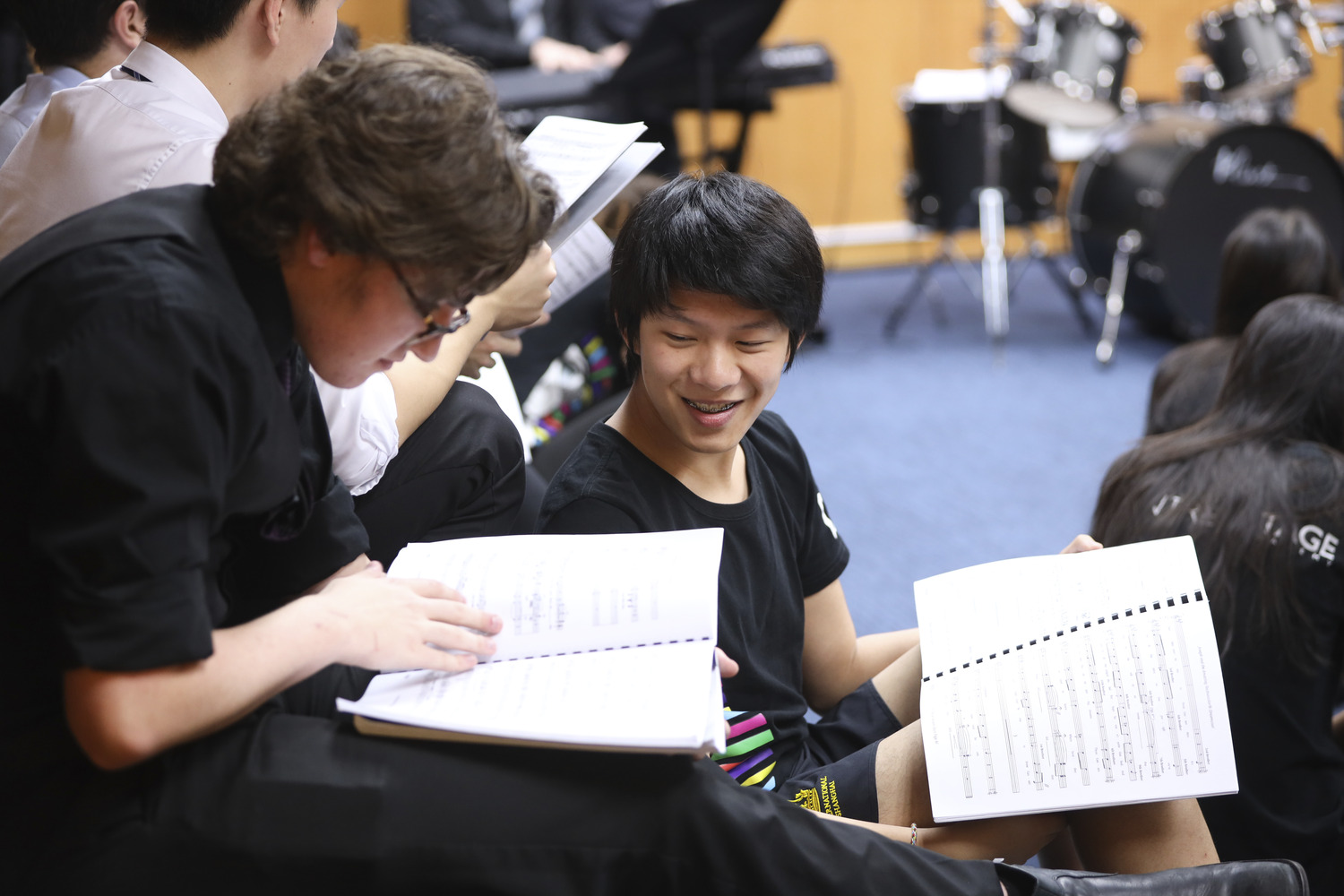 ​​​​​​​Right now I’m deciding between two American colleges – Savannah College of Art and Design and Emerson College, Boston – to study film. Ideally I’d like to be a director, not necessarily of big movies though, just shaping something being committed to film would be a dream come true. I’m really passionate about the subject, as I want to understand an industry that’s getting bigger and more influential as media evolves, and I very much want to be an active part of it. The whole application process was something of an eye-opener for me. I applied to lots of universities and colleges worldwide and I was gratified to receive offers from 4 out of 5 in the UK and 5 in the US. While I know I worked hard to get these offers, I think that this is an endorsement of the education I had at Wellington, as I’m certain I couldn’t have done this on my own. The university guidance team helped us put together the absolute best applications we could possibly manage. Taking the IB at Wellington put me in a position where if I wanted to, I could have attended highly prestigious colleges like NYU, and there was a special offer from St Andrews University to join their international honours programme, something I seriously considered for a long time. No matter where I choose to go, it has been heartening and informative to know what’s out there and what I can go after. The IB does a good job of encouraging independent thought and research, so I’m feeling pretty positive about starting college. I feel like I’ve got the tools I need to make the most of the learning opportunities I’ll be given, so now I’m just excited to get started. When I look back on my time at Wellington, I’ll think of finding my passion for film, enjoying the wonderful musicals and innumerable quiet moments of learning something new and exciting. Most of all though, I’ll remember how I’ve made such important friendships, and all the special moments I’ve enjoyed with those friends. When I came here, I met people who had similar interests and ideas but also those who really saw things differently to me, but still accepted me. This really expanded how I thought about relationships; beforehand I used to think that friendships have to be based on common interests. I discovered that isn’t the case, as I found people with whom I disagreed with (a lot!) and we still got along fantastically well and had amazing conversations and experiences. It probably helps that I enjoy a good-natured debate! These are the most genuine and important friendships I’ve ever had, and that’s what I’ll remember most. I’m admittedly not great at keeping up with people, especially over long distances, but with my Wellington friends I’m definitely going to make a much bigger effort, because I can’t imagine not knowing them.

Congratulations to our Class of 2020