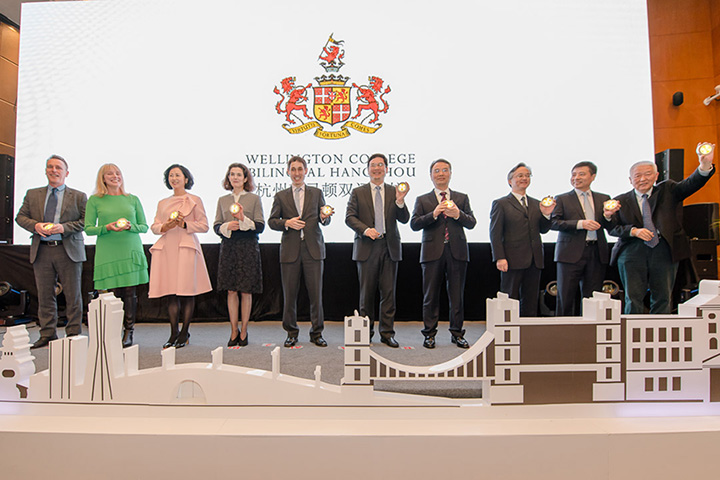 Wellington College Bilingual Hangzhou will provide a world-class all-round education for pupils aged between 2 to 18 years old. Following the local Zhejiang curriculum framework and coupled with the Wellington identity, values and approach, the new bilingual school is committed to create an immersive English learning environment that combines Wellington's unique holistic education. The College will offer a challenging, invigorating and enjoyable environment based on academic excellence and a wide range of co-curricular activities such as sport, arts and music. The vision is for all pupils to achieve the Wellington Identity; to be Inspired, Intellectual, Independent, Individual and Inclusive. During the ceremony, Mr Paul Rogers, founding British Headmaster of Wellington College Bilingual Hangzhou, was proud to announce that the outstanding interior design and construction team, who previously worked on Wellington schools in Tianjin and Shanghai, are building the very best in educational facilities. He also confirmed that Wellington College Bilingual Hangzhou will officially open its doors to pupils in September 2018 and will offer a world-class bilingual education. 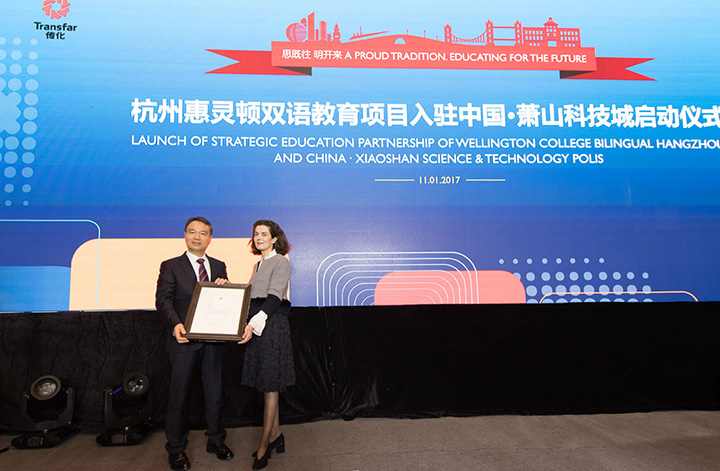 Mr John Edwards, British Consul General in Shanghai said, “Early 2017 marks the 45th year of Ambassadorial relations between the UK and China and is the second full year of the ‘golden decade’, which was first announced in 2015 during Chinese President Xi Jinping’s state visit to the UK. Since then, we have taken important steps to strengthen the ties between our two countries,” John Edwards continued, “I am delighted that Wellington College is supporting its local partner Transfar Group to open a bilingual school in Hangzhou for Chinese students and to deliver the Chinese national curriculum with a Wellington flavour and ethos. I trust that China and the UK will strengthen their economic cooperation and trade exchange and hope to see more UK based companies extend their business to Zhejiang, to Hangzhou and Xiaoshan Science & Technology Polis, as well as see Zhejiang and Hangzhou businesses, like Transfar Group, progress to the UK.” 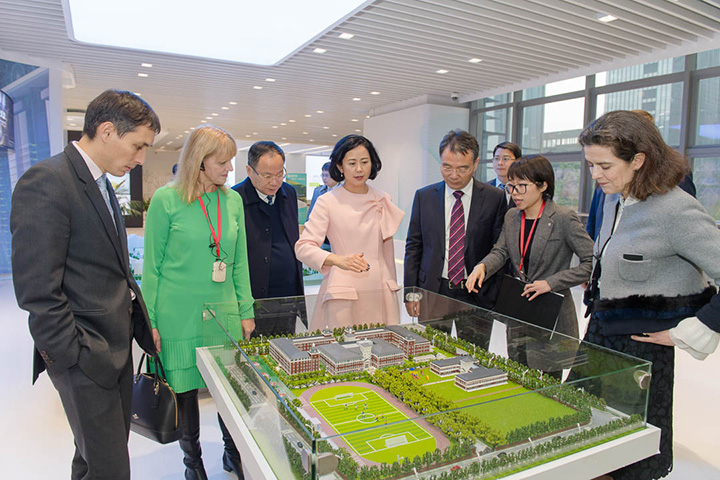